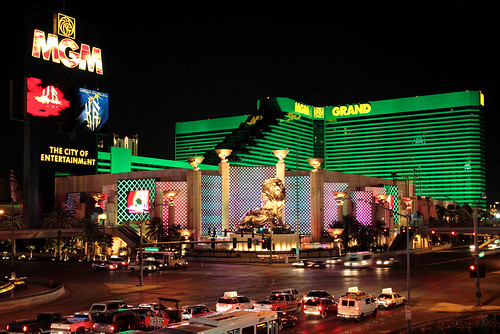 The MGM Grand has proposed a plan to host the NBA and finish the rest of the season.

Looking for the Perfect Match

With the sports world on hold due to the pandemic pressure from the public and players leaves the NBA determined to find the perfect plan to return to action this year.

It’s been 96 days since the NBA announced the suspension of the 2019-20 season due to the pandemic facing abroad and home. With the pressure to finish the season from players and fans the NBA has explored possible locations and plans to resume the season. Commissioner of the NBA, Adam Silver and the rest of his team are thinking if it’s safe to do so, the league’s hope is to complete as much of the regular season and the postseason as possible, involving all 30 teams. If the restart of the regular season continues to face an extended delay, then some number of regular-season games would be cancelled. If the regular needs to be cancelled then the postseason would start and the top 8 seeds from each conference from the season will play. “It’s the responsibility of the league to explore all of our options for a return to play this season,” NBA chief communications officer Mike Bass said in a statement to The Ringer when asked about Silver’s contingency plans. A couple of those contingency plans include Las Vegas and Disney World.

The MGM Grand in Las Vegas made a proposal to the NBA that housed the players,media,broadcasters,team staff, and vendors needed to serve them. The proposal would give the NBA a strip of Las Vegas where players would play games,train,spas,lounges,restaurants,and all the other parts of the resorts,which includes gambling, confirmed by multiple reporters from ESPN and Fox Sports. The league is already comfortable with Las Vegas due to them hosting summer league and the G league showcase. A concern some top players and coaches feel like Las Vegas would be too distracting for the younger players. Another question surrounding the Vegas idea is how safe will the location be. MGM Grand is offering a strip of Las Vegas but will people be around that strip and how close they will be. The other plan to host the NBA doesn’t have to worry about their surroundings in Disney World.

Disney World provides the option for players and personal to move around the amusement park and the different activities inside Disney World. The place is so spread out it would be very hard for people outside of the park to have contact with the NBA inside. For any of these plans to go into action Adam Silver and the league have said countless times safety is the primary objective of the league and without widespread testing or without the NBA able to get tens of thousands of tests it would be very hard for Adam Silver and the league to be okay with the return of the NBA without 100% certainty that everyone would be safe. Only time will tell when the NBA will return and if the NBA can return this season.