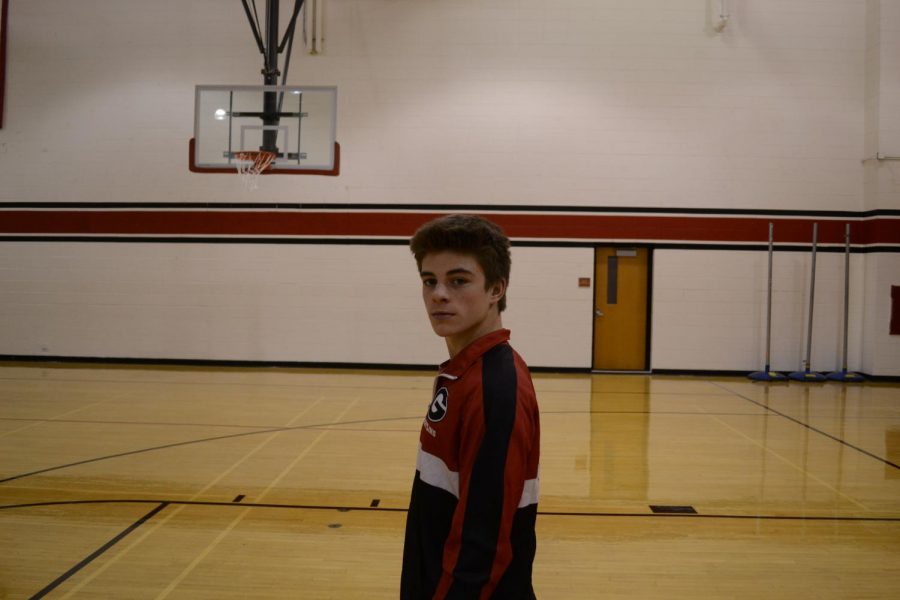 Justin has learned that wrestling has as much to do off the mat as well as on the mat and there is a lot you need to do to set yourself upright for your match. “Through wrestling last year as a freshman on a varsity team I learned that wrestling it’s a physical but more mental sport, I say this because wrestling involves cutting weight and cutting weight takes some sacrifices out of your life that you may like a lot but you have got to get rid of, yes I’m talking about the twinkies and the processed foods and the bad energy drinks and just cutting your diet to smaller portions of food in general…” Justin has been working outside the gym as much as inside. Justin has continued to excel in the gym with a little bit of help. “My coaches such as Mr. Grodoski, Mr. Barczak, Mr. Johnson, Mr. Alvarenga, and Mr. K have helped me within the wrestling room by drilling

(practicing) with me to push me to be better than what I am right now.” Justin has a clear and ready mindset for this season and he expects big things from himself. “I see myself at the end of this year as a sectional placer which would make me a state qualifier, and I’ve been working for this goal since last year of sectionals because last year at sectional I made it to my blood round match (match to qualify for state) but ended up losing by a few points and I’ve been mad that I didn’t make it since, so I’m coming out this year more aggressive and more energized…”