While some freshmen are just glad to make the team, others are going straight to the top. 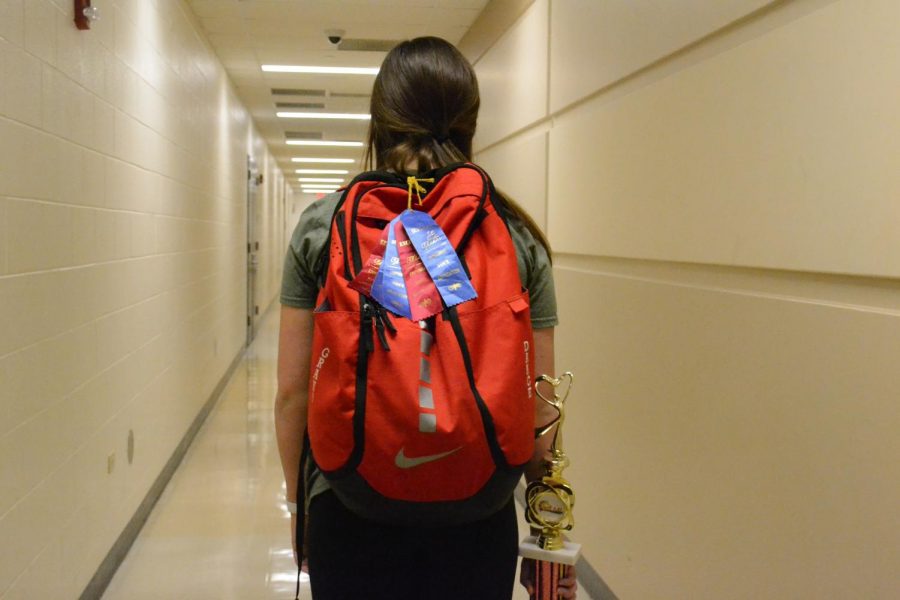 For some young athletes, junior varsity was never an option. Being a freshman on varsity is both a compliment and a challenge. The complicated elements of being on a varsity sport are higher when you are a freshman. Some freshman compares it to “being thrown to the wolves.” Through many years of athletics here at Grant, there have only been a small percentage of freshmen on varsity and the question remains, should freshman have to make JV before being promoted to varsity?

So what do the athletes themselves think? Josh Hawkins, a freshman on varsity expressed how happy and fulfilled he was to be on the varsity bowling team. Not only does he get to experience a higher level of competition, but he is also making new friends. The more experienced guys on the team, “Help me improve each and every day,” he said. He uses his other teammates as a shoulder to lean on and a guide during the tough times. Shortly after this interview, on Saturday, November 9th, Josh Hawkins bowled 4th overall best in the Spartan Eliminator Tournament against 150 other varsity bowlers and 29 other teams. He landed an astounding 267 in his game blowing away the competition. Josh continues to excel on his team as one of the best bowlers on varsity. No doubt about it, this freshman deserves to be on varsity.

Another such case is Maddy Riske from the dance team. Maddy is excelling in her first year at Grant. She credits her 11 years dancing at a private studio with her success acclimating to the long, hard dance season. Maddy compares her private dance lessons to personal training. She is dancing with girls she’s known for many years through outside dance, but also making new friends and enjoys dancing during the football season and the upcoming competition season. One of her favorite things about being on varsity is all the traditions. “I love all the traditions that I have participated in during my short time as a varsity dancer.” Some of those things include Friday night team dinners, locker signs, sisters (partners on the team who help you out), and end-of-practice handshakes.

From a coach’s point of view, things look a little different. Coaches in all sports are often met with diverse opinions from players, parents and even other coaches when putting a freshman on varsity over a sophomore, junior or especially a senior. It’s not always an easy decision to make, but when it is in the best interest of the team, most coaches agree it has to be done. Varsity girls basketball coach, Mr. Geist, had a lot to say on the subject. “Any underclassman on varsity faces challenges. They not only have to have an advanced skill set, but they also need to have a certain maturity level and ability to deal with older players. We always hope the older players will act as role models and take the younger players under their wing. When teams come together in that way, it is reflected on the court.”

The opinions from some students vary.  A variety of students believe that the best players should play on varsity while the others, no matter what the age, remain on the lower level teams and develop their skills in hopes to one day be on varsity–that being on varsity is a privilege, not a promise. Perseverance, grit and hard work from a young age seems to be a common factor in the equation that equals up to the youngest varsity players at Grant.